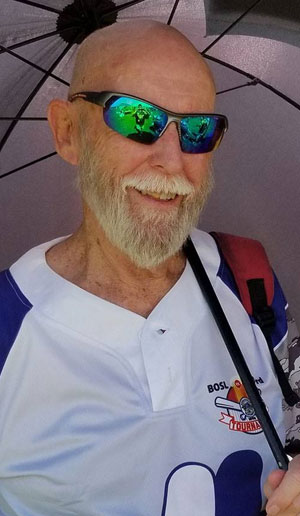 John grew up in Oshawa, Ontario and worked at General Motors after completing high school. He is a graduate of Saint Francis Xavier University where he played varsity hockey for the X-Men as well as an M.A. graduate of the U. of Manitoba.

He moved to Burlington in 1965 where he taught high school for over 20 years before running a very successful Real Estate business for 25 years. Upon retiring he began to devote a great deal of his time volunteering for worthy causes. He is one of our MOST-LOVED past Directors.

He has volunteered at the Burlington Food Bank in several capacities since 2008 including six years as a Director. His other volunteer activities include the Society of Saint Vincent de Paul where he was president for 10 years, the Gift of Giving Back, the Burlington Performing Arts Centre and assisting with community meals offered to people free-of-charge, in Burlington.

John was the president – as well as a player – of the Burlington Commercial Hockey League for 15 years and was active in both the BOHC and BOSL as both a player and a team sponsor.

If ever a person in Burlington deserving of a Community Leadership award – its our John Love.  Volunteers know him for our Christmas volunteer recognition parties where he leads us all in spirit and in song.